The Impact of Social Media on Today’s Society

In the present era, social media and social networking are one of the fastest and most efficient ways of communicating with people all around the world. Among these social media platforms, Facebook is one of the most popular and widely used platforms in the world. Billions of users use Facebook for sharing pictures, posts and chatting with others. Undoubtedly, Facebook has a great impact on the young people of today’s society. However, the interactions we have with others on social media can have both harmful and beneficial. For those who aware of this effects may use these platforms responsibly but for those who don’t know the impact or those who want to manipulate others will use these platforms in a totally different way.

Former Facebook executive, Chamath Palihapitiya said “I think we have created tools that are ripping apart the social fabric of how society works” at Stanford Graduate School of Business. He further described an incident happened in India where a hoax message on WhatsApp let to the killing of seven innocent people. Imagine the possibility of manipulating people to do whatever they want using social media. Adding to Chamath’s statement, Tristan Harris, a 33-year-old former Google employee also said “All of our minds can be hijacked. Our choices are not as free as we think they are.” Social media websites must really think hard to come up with a system to implement strong content filters to make things better. It seems Facebook’s promise to tackle fake news through its facts checking system is also not helping as they claimed. This is really important because hoax and fake news spread like wildfire on social media than the real stories. This is why the Sri Lankan government temporarily blocked social media websites like Facebook, Instagram during March 2018 because the government knows the impact it has on the situation in Sri Lanka. But that’s not the interesting part, even with those barriers people still risked their data security and used VPN services (Even illegal services) to log into social media, this shows how much people are addicted to Social media.

Losing the human touch is another problem we will have to deal with in the very near future, even facebook said: “We want Facebook to be a place for meaningful interactions with your friends and family — enhancing your relationships offline, not detracting from them.” The interaction we had with people in the past are losing with social media, now we don’t talk but message; where is the human touch in it? David Ginsberg, Director of Research and Moira Burke, Research Scientist at Facebook further said: “when people spend a lot of time passively consuming information – reading but not interacting with people – they report feeling worse afterward.” When people constantly looking for information using their mobiles more frequently than ever, they get isolated with just the relationship with their mobile, which is not really a healthy relationship in the long run. The most interesting point is the fact that Facebook is even talking about this issue, which makes it a really a big deal.

In human psychology, there are vulnerabilities; every one of us has it. Social media is exploiting these vulnerabilities, it’s like hacking into the human brain. Sean Parker, of Napster fame and an early investor in said they knew the consequences of Facebook, they knew people will addict to social media, but still, they did it. Imagine the impact this can make to the children because it is easy to get into their brain than an adult, the children’s mind is vulnerable to these mind hacking. We never know what kind of damage the social media does to the children’s brains. Because everybody is happy Social media, no one posts the bad things going through. Studies found this makes people feel worse about themselves, leading to frustration, depression and even suicide.

It’s time to think consciously and do whatever means necessary to come out of this box, make sure to create a good set of people to take over after us, a set of people who are conscious enough to take correct control. It’s time for social media to really think social.

Manik is the founder of Media Horizon. He has more than 15 years of experience in the digital marketing and web development industry helping many brands to be successful online in the UK, Australia and Sri Lanka. With a proven track record in the industry, Manik is well known for the web and eCommerce industry as a consultant for building brands online to succeed.

View all of Manik Gunawardana's posts. 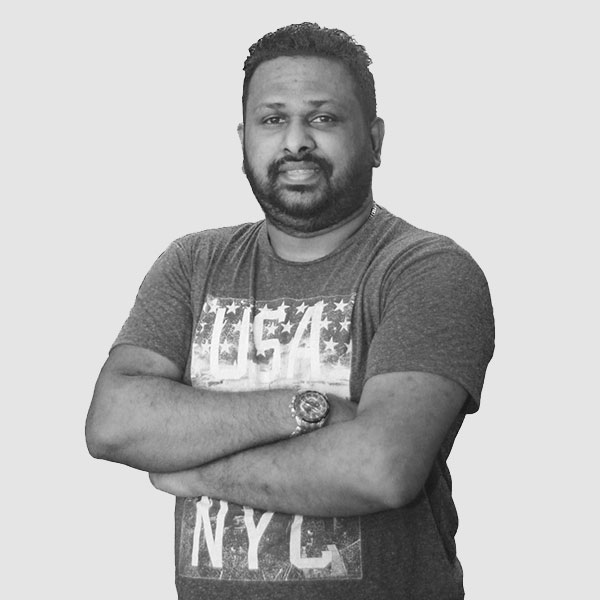 
Manik is the founder of Media Horizon. He has more than 15 years of experience in the digital marketing and web development industry helping many brands to be successful online in the UK, Australia and Sri Lanka. With a proven track record in the industry, Manik is well known for the web and eCommerce industry as a consultant for building brands online to succeed.

We love collaborating with brands and people with a vision, let us help you succeed.